Atomiv was envisioned to help you design and implement high quality architectures for software projects and products. Atomiv provides a templated solution architecture based on well-known best practices in clean architecture.

At the system center, we have the Core Layer, composed of the Application Layer and the Domain Layer. Everything else - the external world (Infrastructure, REST API) is “just a detail”.

The historical foundations of clean architecture are as follows:

Furthermore, it is rooted in the following design and development approaches:

To summarize, the dependencies are as follows:

Other layers contain dependencies as follows:

The core benefits is that due to the independence of the Application Core, it ensures separation of concerns and modularity, swappability of databases, UIs and any frameworks, and also enables the system to be testable. These factors increase system quality and decreasing overall total development and maintenance cost. 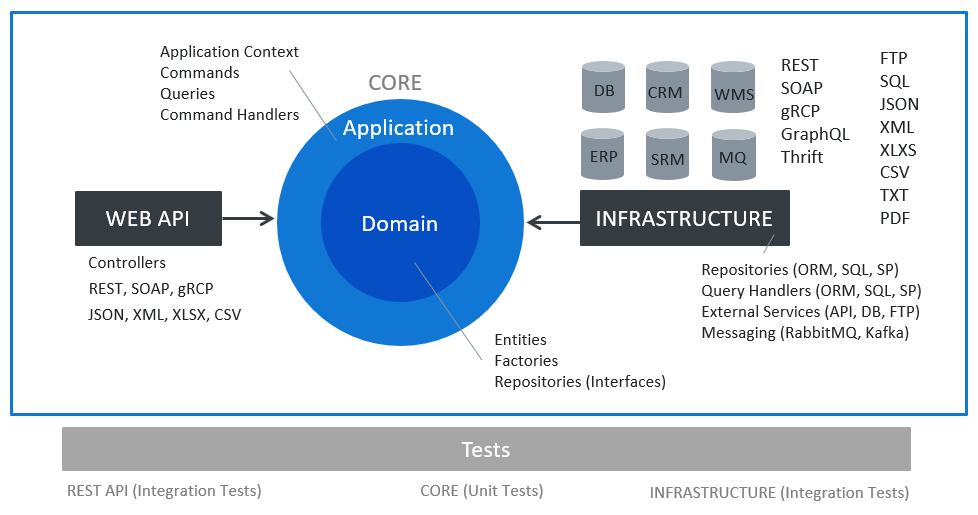 Valentina is a Software Architecture Consultant who is focused on standardizing software architecture and software development to achieve high quality efficiently.